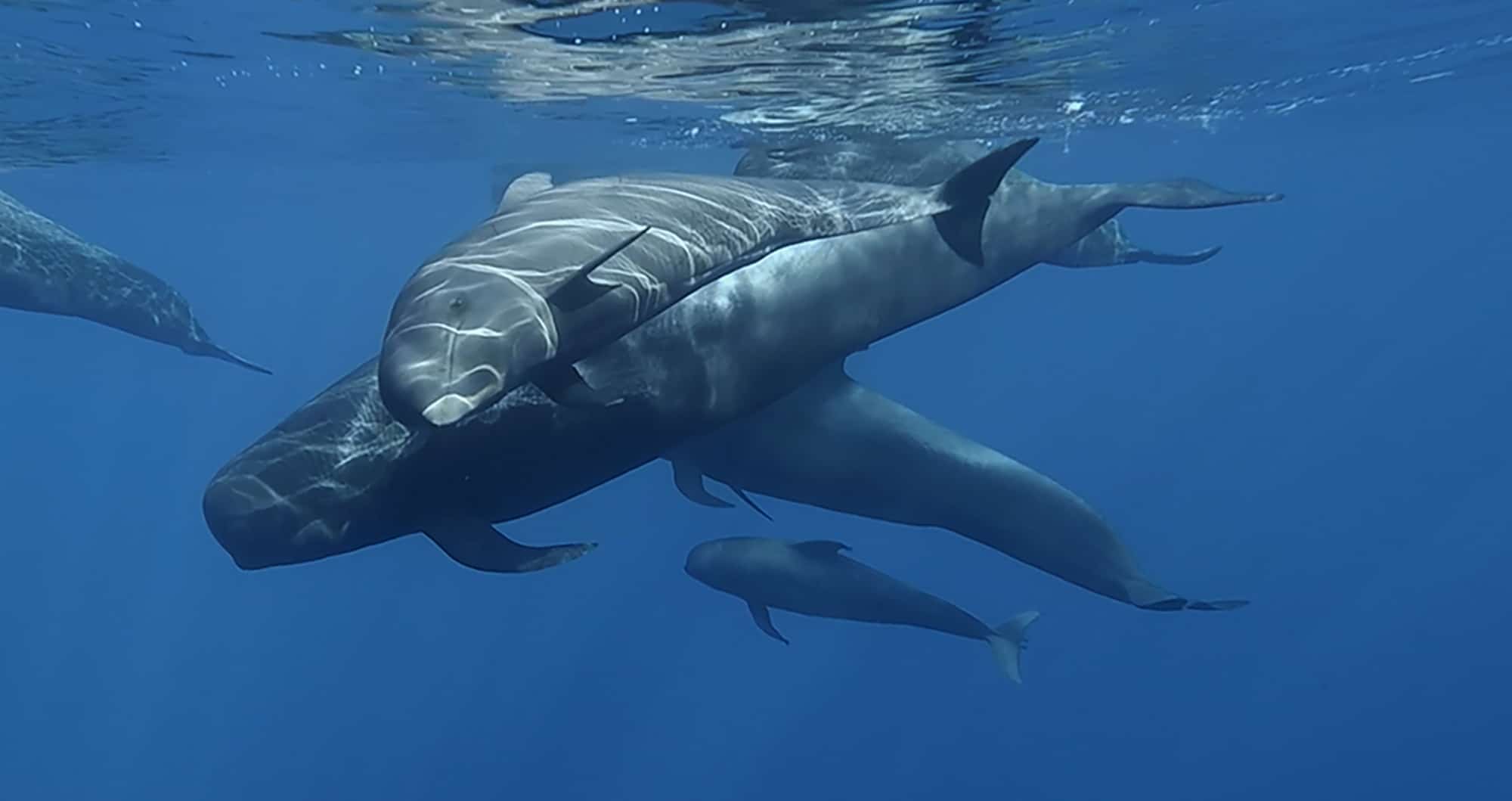 Summertime is “Baby Time” for our Resident Cetaceans

When is the best time to see whales (and dolphins) in Tenerife?

As well as the resident Pilot whales and Bottlenose dolphins, there are also different species of whales and dolphins we encounter with varying frequency. These are both migratory and pelagic (open ocean) species that pass through the deep ocean channel that runs along Costa Adeje. During the 2018  and 2019  Tenerife whale watching seasons, we encountered 17 different species of cetaceans.

The resident Pilot whales are seen on 99% of our tours and Bottlenose dolphins are seen over 70% of the time. There are resident Sperm whales in the Canary Islands archipelago and are usually seen a few days per month. The Bryde’s Whale is another known resident species of the islands. This is the only species of baleen whale not currently known to migrate. There are also Fin whales that have been identified as regularly visiting the archipelago, and it is possible they reside here year round as well. The best time to catch a glimpse of migrating baleen whales is during the winter and early spring months, but it is a matter of luck! Migrating baleen whales seen off Costa Adeje include; Fin whales, Humpback whales, Sei whales, Blue whales and Minke whales – listed in order of frequency with which they have been seen on our tours.

Throughout the year there are also different species of dolphins that can be encountered. Atlantic Spotted dolphins are the third most commonly observed cetacean species on almost 45% of our trips. We also see Common dolphins, Striped dolphins, Rough-toothed dolphins, Risso’s dolphins and Frasers dolphins, here listed in descending order of how frequently we observe them.

So join us and meet the resident Pilot whales and Bottlenose dolphins that live here all year round. We may encounter other cetacean species, possibly sea turtles and typically several species of marine birds as well. Tenerife is an incredible place for whale watching. We look forward to welcoming you on board.

Do you want to book a whale watching tour in Tenerife?

This website uses cookies to improve your experience while you navigate through the website. Out of these cookies, the cookies that are categorized as necessary are stored on your browser as they are essential for the working of basic functionalities of the website. We also use third-party cookies that help us analyze and understand how you use this website. These cookies will be stored in your browser only with your consent. You also have the option to opt-out of these cookies. But opting out of some of these cookies may have an effect on your browsing experience.
Necessary Always Enabled
Necessary cookies are absolutely essential for the website to function properly. This category only includes cookies that ensures basic functionalities and security features of the website. These cookies do not store any personal information.
Non-necessary
Any cookies that may not be particularly necessary for the website to function and is used specifically to collect user personal data via analytics, ads, other embedded contents are termed as non-necessary cookies. It is mandatory to procure user consent prior to running these cookies on your website.
SAVE & ACCEPT